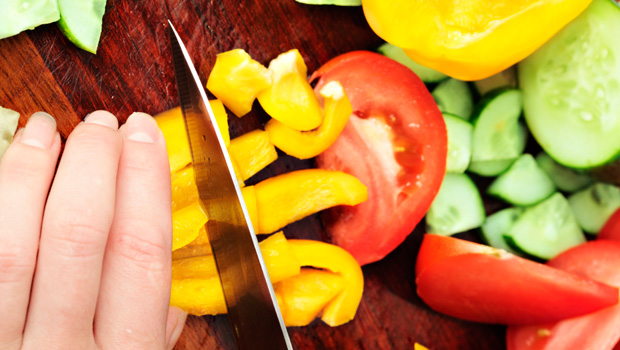 Like most people I grew up in a meat eating household. My mother is a good cook and made most of our meals lovingly from scratch. She even made her own pizza dough and some homemade breads and my father loved making his own potato perogies. We hardly ate out or had any frozen or prepared meals. We had well balanced meals with fruits and vegetable, rice and beans or pasta and there was always some sort of meat.

I was a city girl, I grew up in Philly and then São Paulo, Brazil, so I didn’t grow up around farms, farmers markets or animals. I didn’t even have any pets until we moved to Brazil. So it took me a long time to make the connection that what we were eating were once living beings. People don’t usually talk about that stuff. You just eat your steak or chicken or pork and enjoy it. And when you’re a parent to an over-sensitive child you avoid the subject altogether. I’m not criticizing my upbringing, it’s just the way most people lead their lives, because it’s what they were taught by their parents and so on, and they’re providing what they think is best for their children.

When I was a young teen my mother decided to get a full-time job since her youngest was old enough to take care of herself. My other siblings were also off working and I found myself with a lot of time on my hands when I got back from school. One day mom asked me to help with dinner by getting a chicken out of the freezer to defrost. I decided that I would surprise mom by having dinner ready when she got home from work. Mind you I was only 13 and I had never cooked a full meal, and certainly had never prepared a chicken. I just helped here and there, baked cakes, etc and observed a lot. I pulled out a big fat cookbook from the bookcase that had step-by-step instructions and photos and successfully knocked out a decent meal for the whole family. So began my adventures in the kitchen and my distaste for meat.

Now anyone who has ever handled raw chicken knows, or maybe it doesn’t bother most people just me, that it is pretty disgusting. I’m not just speaking of the tactile aspect of it, I’m talking about the smell and the fat that’s left behind on the counter top, sink, etc., that won’t come out even after scrubbing and washing surfaces with boiling water. It certainly left quite an impression on me. That day I cooked that chicken until it was falling off the bone and it still smelled like the raw meat I was handling a few hours before. It just didn’t have the same appeal. At that point I started eating less chicken and pork, also because I felt bad for the animals. But I still wasn’t making the connection of becoming a vegetarian just yet, I actually didn’t even know that vegetarians existed.

Fast-forward to my first year in college, ah, how peoples’ lives change and get shaped when they go to college. I met a lot of interesting people and a few good friends. One of them was Tania and she happened to be a vegetarian. I was truly intrigued by this and wanted to know more. One afternoon Tania gave me all of the grueling details of why she gave up eating meat. During her senior year of high school she had written and extensive paper on slaughter houses and their cruel practices. She had actually gone to several of them and witnessed how animals were bread and slaughtered—cows, pigs and chickens. We spoke for hours. I was horrified, disgusted and ashamed that I helped contribute to it and wanted no part in it anymore. I became a vegetarian immediately and have never turned back. She showed me all of the vegetarian restaurants and cafés around our college and helped me shop at the health food store. I’m so grateful that she opened my eyes and broadened my horizons to a compassionate, ethical and sustainable lifestyle. I don’t think I ever officially thanked her but I certainly try to pay it forward and help spread awareness whenever I can.

Becoming a vegetarian was a huge turning point in my life and a bit of a bumpy road. Today it isn’t that hard to do, but 20 years ago and living in Brazil, beef capital of the world, it was quite a feat. It also caused quite a stir in my family. Once the dust settled I actually got my grandfather interested in some of my food choices, since he had been placed on a strict diet by his doctor, and my mother started sharing great vegetarian and soy recipes that she had seen somewhere. A couple of years later I met Mauro, the man of my dreams and soul mate, who became a vegetarian because of me and also because it was the was the right thing to do.

I have to admit that I did get a bit lazy in my vegetarian bliss and didn’t keep up with my research on dairy, eggs, wool, and whatever other horrors humans can come up with to exploit and mistreat animals, the health hazards and the environmental issues caused by the large scale production and consumption of animal products. My husband has been my moral compass throughout the years, though, and is the one who started pushing us toward a plant-based/vegan diet about 8 years ago. When we first made the switch we got strong opposition from family and friends and found that we were devoid of a social life because of our decision. Shame on us for not being more persistent, after all eating dairy and factory farmed eggs are just as bad as eating meat. In recent years we decided to ease into a vegan diet again and found that it’s a lot easier this time around, without sacrificing our social life. We’ve surrounded ourselves with supportive friends that agree to make some minor changes to meals they’re cooking or agree to go to a vegan friendly restaurant so we can have a fun night out. There are more vegan restaurants popping up close to where we live, there are more and more vegan products at grocery stores, there are more clothing and shoe choices, and we found great support in the supper club we attend monthly.

We’ve grown so much through the process and know that we are making a difference. We hope our stories about switching to a plant-based diet, reviews, recipes and cooking videos on this site can inspire and support you if you’re a long time vegan or just easing into it.